Interview | Declan McKenna [From The Archive] 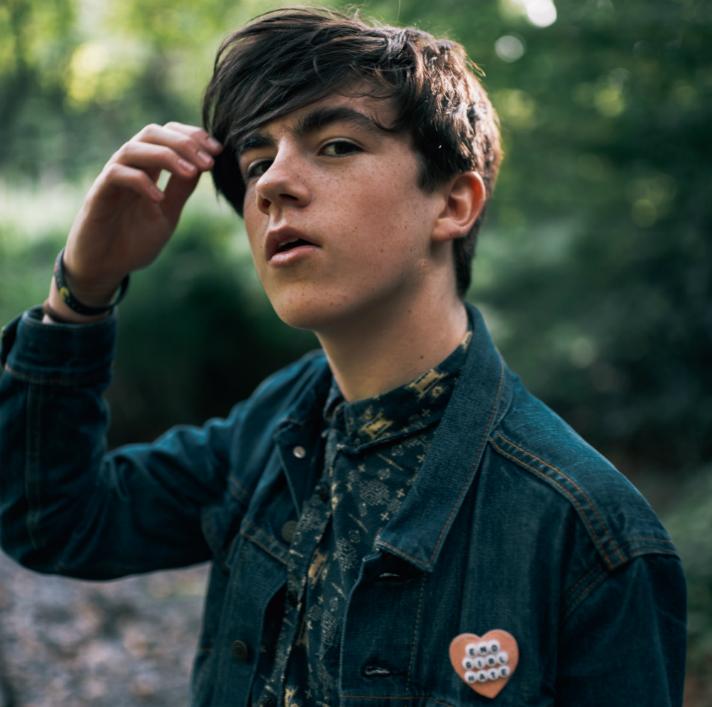 Declan McKenna is a name you may not have heard until now, but is one you’re bound to be hearing a lot of in the near future. After winning Glastonbury Festival’s Emerging Talent Competition in 2015, McKenna’s music was able to reach a wide audience, and he was swiftly signed a record deal with Columbia. His first single ‘Brazil’ was extremely well received - having just reached number one on popular radio show ‘Alt Nation’s list of most requested songs – with his latest single ‘Paracetamol’ looking to follow suit in terms of popularity. McKenna combines classic indie rock with irresistible synth and deeply affecting lyricism.


We caught up with the Hertfordshire teen at The Bodega, Nottingham - where he was to be opening for Newcastle-based indie band Lisbon – as he discusses the inspiration behind his music, his thoughts about touring, and what lies in store for him in the coming months.

Hi Declan. 2015 was a great year for you. Do you have a particular highlight from last year?
‘I think just touring was great. I mean Glastonbury was obviously a highlight, just being able to experience a festival. Being able to tour with cool bands like The Courteeners and Blossoms, that was one of the best bits. Just being able to travel and play a load of shows. In France as well.

What is your favourite thing about touring and performing live?
‘Being on stage is obviously fun, but it’s nice – now I’ve got a band - just being surrounded by people. I can talk to people who are fun. And just being able to travel, again, that’s loads of fun. I think the best part is always being able to get on stage and just perform. As long as there’s not too much fuss - as there can often be a lot of stress with sound-checks and things. But yeah, just being able to perform. Especially if there’s a crowd with a lot of energy.’

The Bodega, where you’ll be playing tonight, has a great history. With bands like Arctic Monkeys, The Libertines and The Strokes playing here early in their careers. Are you excited to be playing a venue that has been a stepping stone for so many up and coming artists?
‘Yeah I mean, it’s really cool. I’ve really enjoyed all the gigs I’ve played in Nottingham before. I’ve never played at this venue, but it’s really cool. It’s an awesome venue. Just looking around the posters around here, all the people who’ve played here, it’s awesome. Yeah, I’m excited.’

‘Paracetamol’ is your latest single. The lyrics strike me as very powerful and poignant. Can you tell us something about the inspiration behind the song?
‘It was quite ambiguous what I was writing about, to start with. It was just kind of a melody. And I had a think about it over a couple of months, and then I heard the story of a transgendered girl who died - committed suicide. And that really hit me very hard. Often when I’m writing songs it’ll just be what’s on my mind, I won’t generally think actively about what I’m writing about. It just happened that I was thinking about that, it was the night I read the article I think. It was almost by accident, but I ended up with this sort of character. It was written from an almost evil character, like an oppressive authority figure, be it a parent or a teacher or whatever. And they’re basically telling someone - whether they’re a transgendered person or whomever - basically telling them that they can’t be who they are. And they’re saying it as if they’re saying it out of love. Whereas, it’s not really. It’s more just trying to keep someone living by their social standards. That’s what it turned into I guess.’

"It’s important to make people who are listening aware of what you’re thinking. And what you sort of want them to think about"

A lot of your music deals with political and social issues. Do you find it important to get your views across in your music? Is that a goal for you?
‘Definitely. I mean, I never actively think ‘I’m a political songwriter’ or ‘I’m a personal songwriter’. It’s just what’s on my mind. Like the songs I’ve released so far. The A-sides that I’ve released - the singles - have all been very political. And the B-sides have been personal songs. And the more I release songs the more they’ll be slightly more even. But yeah, I think it’s always important to share my views in songs. I don’t actively try to, but it’s something that just kind of happens. It’s something that’s bound to come up when you’re writing so often. Yeah, I think it’s important to make people who are listening aware of what you’re thinking. And what you sort of want them to think about, maybe.’

Which artists have been the main inspirations and influences for you and your music?
‘The first bands I got into were pop-punk, like Busted. All that kind of scene. That was when I was very young, from the age of three even. Then it went into indie bands; The Strokes, Vampire Weekend and stuff like that. And now, more recently, there’s been more modern people like Sufjan Stevens and St. Vincent. And then going back to The Beatles and Jeff Buckley and David Bowie, who I really looked up to. More recently I’ve kind of been taking a little bit of a hip-hop influence, from Kendrick Lamar to A$AP Rocky, that sort of thing. Yeah, I take inspiration from all sorts of music. But it’s gone in three stages I guess.’

You’ve said that you’re hoping to release an album later this year?

‘Um . . I’ve heard that too *laughs*. But I don’t know where that came from. I probably said it in a passing comment. But I couldn’t say for sure. I’m going to definitely finish recording an album by summer this year, I’d say. Whether I release it just depends on a lot of things. It could be late this year, it could be early to mid next year. It all just depends on what goes on, what things happen, how things progress.’

What can we expect from the album when it does come out?
‘Just sort of . . more of the same, and more of things that aren’t the same *laughs*. There’s songs in the ‘Brazil’ bracket, there’s songs in the ‘Paracetamol’ bracket, there’s songs in between. There’s stuff that’s slightly further one way and slightly further another. It’s not going to be too distant from what I’ve done. I feel like I’ve made the two songs kind of the Alpha and Omega of what I do, and the rest kind of comes in the middle. But yeah, I hope that you could expect some good tunes really *laughs*. Just an album you can enjoy. That’s what I plan to do.’

Finally, is there anything else exciting coming up for Declan McKenna in 2016 that you can tell us about?
‘My first headlining London show in like two years, at the Barfly. Opening for the Mystery Jets, opening for Foals. Festivals, though I can’t really talk about any of them. I am doing Field Day, that’s announced. But there are a couple of festivals that are going to be announced later in the year. And just a good few more tunes. I’m going to be releasing some more singles, more vinyls, stuff like that.’

So you’ll be quite busy basically!
‘Yeah, yeah basically! And lots of live shows, that’s the main thing.’

This article was originally published for Platform Magazine on in January 2016.
declan mckenna interviews