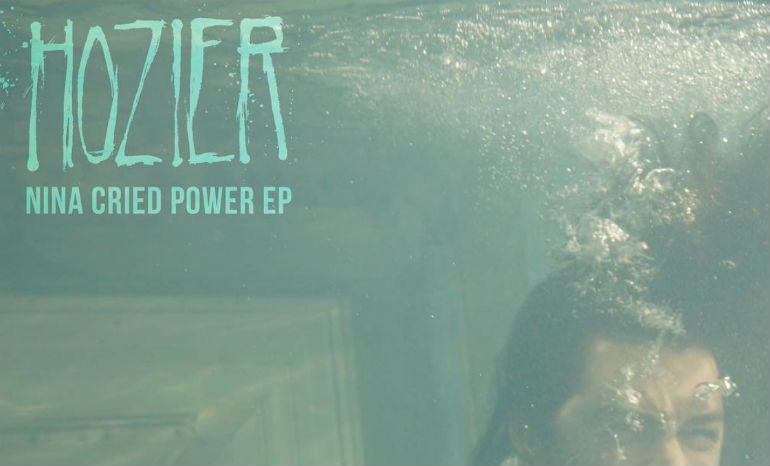 The supremely talented Irish musician has been notably quiet in recent years. And with his critically acclaimed debut self-titled album having been released almost exactly four years prior, the closing months of 2018 make for apt timing to be in receipt of new music from the singer.

The high-energy opening and title track of the EP pays tribute to Nina Simone, as well as a host of other groundbreaking musicians, by highlighting their revolutionist influence in a contemporary setting saturated with protest and political backlash. Along with the abundance of references to the late soul icon, the track is, in itself, substantial in its soulfulness. Not only due to the accompanying vocals of Mavis Staples - who features throughout the song - but, more notably, as a result of the ardently-delivered vocal aerobatics and dynamic melodies provided by Hozier himself.

The second track of the EP, NFWMB, is starkly different to its preceder, characterised by its mellow, ambient sound, and holding a similar pace from start to finish. On first listen to the record, the track is eclipsed by the powerful presence of the songs surrounding it. The chorus - which repeatedly recites the surprising reveal to the title's acronym; 'no one fucks with my baby') - comes across as particularly simplistic. But a closer listen to the song uncovers clever lyricism, which sees satirical social commentary being conveyed by vivid and evocative imagery ('Aint it a gentle sound, the rolling in the graves?').

The EP sees Hozier continue to firmly grasp the same signature tropes that defined his debut album. Like in his previous work, religious reimaginings and theological motifs dowsed in irony are threaded throughout the record. Moment's Silence (Common Tongue) is the epitome of this concept. The song identifies and expresses the reprieve that sensual bliss provides from the philosophical constraints of religion. This notion is conveyed through moody yet extremely infectious blues, created from irresistibly cascading melodies and a darkly danceable beat, which are enhanced by the sultry themes of passion married with irony.

The final song of the EP, Shrike, doesn't struggle to present itself as the strongest song on the record. Shrike contains delicate folk blended in with deeply resonating vocals, melodies and lyricism - in essence, everything you would expect (and hope for) from the musician. The melancholic verses ('I couldn't utter my love when it counted') come to life by way of the rich enjchantment found in Hozier's voice. The chorus that follows starts out gently haunting, but ascends into a vocal performance bordering on guttural, as it conveys the dark passion of which it speaks. More specifically, the chorus encapsulates feelings of a love and a loss so rife that it sees Hozier emulate the savage bird, the shrike, in his consumption of passion.

Overall, the EP does find itself somewhat softly received when compared to the more epic offerings of Hozier's previous tracks like Take Me To Church and From Eden. It has a notably slower burn. Though perhaps, one that’s just as affecting. One element that comes across as stronger than in his debut are Hozier's already impressive vocals, which really stand out across the EP. Whether this is a result of improvement over time, or due to these songs allowing more freedom for him to exercise his voice to the fullest, is hard to say. Either way, Nina Cried Power is a more-than-promising window into a new era of Hozier, with the four-track EP itself managing to successfully satiate the hard-to-fill void that had been left in Hozier's temporary wake.