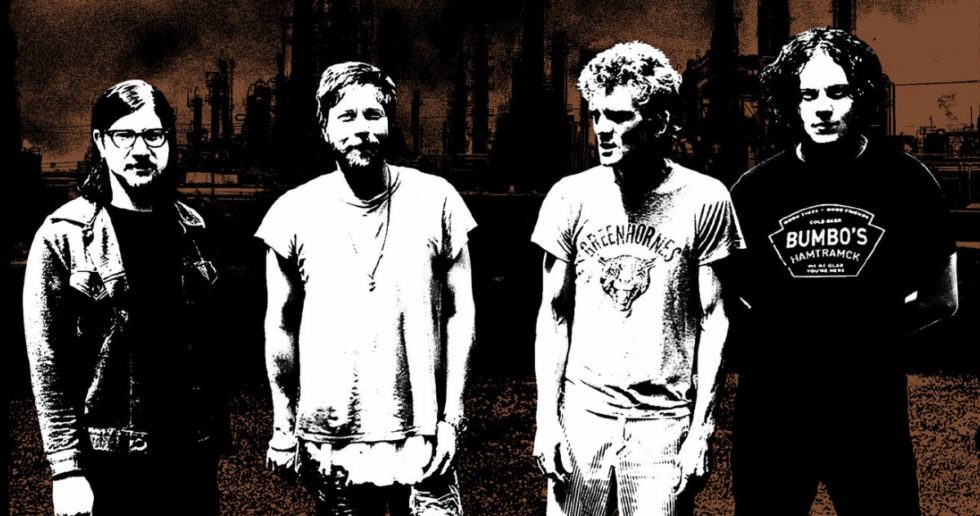 Following a surprise announcement in October from The Raconteurs that they would be returning with a new album in the new year, today finally saw the official release of a double A-side from the band. The two new singles - 'Sunday Driver' and 'Now That You're Gone' - will feature in The Raconteurs' upcoming third studio album.

'Sunday Driver' contains heavy guitars and an infectious beat, showcasing Jack White's signature rich vocals and electric energy at its best. The result is a high-octane, Zeppelin-esque track on speed - danceable and sure to get the crowd moving and pumping with adrenaline during any potential live shows. A soft, psychedelic bridge ties the song together and cements the track as one that’s unmistakenly Raconteurs, amidst a sea of Jack White's other distinct projects.

'Now That You’re Gone' takes the structure of the band's past ballads and turns it on its head, uniquely fusing together melodic verse, synth and penetrating guitar. The track sees each of Brendan Benson's pristinely delivered lines mirrored by searing riffs during the verse - adding a resonating poignancy to the ardent tale of lost love and cognitive dissonance. An emotionally delivered chorus is then met with a summative final line relaying the title of the song - accentuated by a momentary pause in instrumentals and then punctuated by an encapsulating serving of the slow, drilling beats that are seen throughout the track. A refined version of the mechanic pulses that characterised the music of The White Stripes.

The track reaches its peak in its second verse, as cooing backing vocals accentuate the 50s influence of the song, whilst Benson’s now lingering voice takes on an enchanting fluidity. The song then gives way to an aching guitar solo and culminates in a final chorus and outro that binds the best elements of the song together, conveying them all with a new found energy.

Watch the official music videos for both 'Sunday Driver' and 'Now That You're Gone' now: