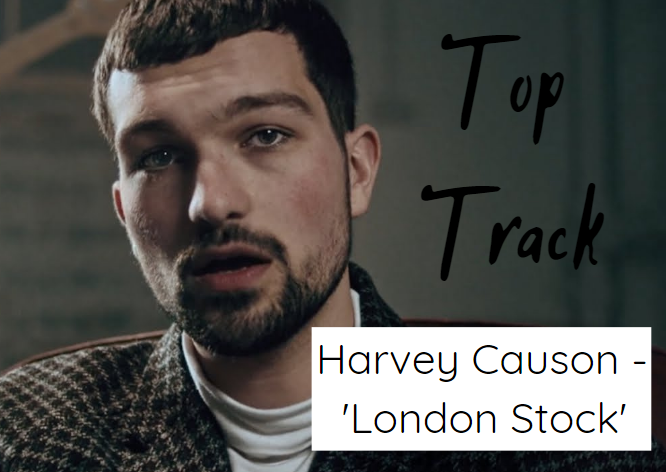 Since discovering the Bristol-based musician at the end of last year, not a day has passed where my ears haven't been filled with the all-encompassing music of Harvey Causon. His most recent single, 'London Stock' - released this past November - has a particular knack for resonating more and more with each listen.

Harvey Causon is concerned with digging deep into internal experience, exploring philosophical concepts through profound lyricism, lithe, quivering vocals, and penetrating keys. Going further than just relaying typical displays of introspection through his music, Causon focuses on analysing his surroundings through the vessel of his own Self.

'We understand the situations while they're concrete/What if they melted into liquid in this blistering heat?'

With the opening lines of 'London Stock', Causon takes the universal experience of perception and unravels it - and continues to do so throughout the song, using the brickwork and solidity of London to navigate the concept of fluid realities. The track ebbs and flows between peaceful ambience, sobering keyboard chimes, tortured vocal inflections, and anxious displays of lyrical prowess - culminating in a full sounding song with cascades that hit you again and again in all the right places.

The end segment of the track cements the song as something truly transcendent. It sees an ethereal piano interlude give way to the lines 'You could be my painter/We could be creators', which are repeated with an increasing visceral passion, and - at their most poignant point - followed by the raw and destabilising lines; 'They don't have to answer/They don't have the answers'.

Whilst those latter words would normally strike fear in the dispaired existential crisis sufferer, here one can't help but be embraced by them. The cascading piano permutations, wistful vocals, and words of earnest naivety all combine in a melancholic celebration of the nonsensical order of life and reality.

If you've ever found yourself on a night out with your mind wondering, momentarily unable to shake a sense of detachment from your current surroundings, with a jarring yet muted awareness of your own singularity, then the music video for 'London Stock' may resonate. In it, Causon's act of physically distancing himself from his friend's chatter, then panically running through a desolate night-time London cityscape, encapsulates what it'd be like to actually give in to those feelings, instead of simply shaking them off and returning to your friends' bar talk.

And - like the song itself - the outcome is beautifully disconcerting.

See for yourself by watching the official video for 'London Stock' below now: