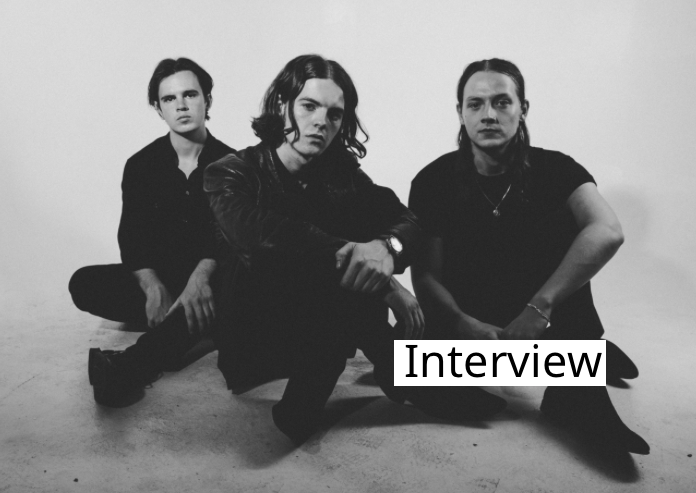 "It would be nice if our songs start debate - they’re not necessarily needing to finish them."

Having taken the UK gig scene by storm - and simultaneously catching the attention of the likes of Miles Kane and Noel Gallagher - Manchester-based band The Blinders are one of the most exciting new bands going. With dynamic debut album Columbia under their belt, as well as a recent US live debut at SXSW, The Blinders are now getting ready to play their biggest UK live shows to date. Music Groupie spoke with bassist Charlie ahead of the band's upcoming tour.

You've recently come back from playing SXSW in the US. How receptive did you find the US audience to your music?
'I think receptive is really the right word, really. We found SXSW to be very much dominated by industry characters so we maybe weren’t able to gauge exactly how a true American audience would receive us, but we were still incredibly encouraged. We’d love to get back over there and spend more time seeing the states.'


Your debut album, Columbia, is very succinct in theme, with political messages, dystopian elements and dark punk musicality threading the album together. Do you imagine you'll be exploring new themes in upcoming releases? Or are these elements a staple of who you are as a band?
'We are certainly a band who want to develop, explore and change. This therefore will lead us to exploring alternate themes with later releases. Individually we do try and write something every day, whether that just be a line or a verse or three songs. Inevitably therefore the material is inspired by a wide range of events and sources. We’ve congregated a healthy bunch of new material which we intend to add to.

Of course there is political or societal influences, that may always be a staple of the band just as it is a staple of us as people, but I doubt the next album will be positioned in the same conceptual space as the last. We’ve put the Orwell novels down for five.'


How important is it to you to highlight social issues in your music? Do you have any specific goals in mind when doing so?
'There are certainly no goals. We’ve spoken before about not writing a manifesto but rather raising questions. The songs are really holding a mirror up to the issues rather than providing a solution. It’s not that in a medium like this we can’t discuss solutions or provide an opinion on them, we have plenty whether right or wrong, but it’s not something we’ve been able to really get across in the songs. In a way, it’s important that people contemplate these themselves. It would be nice if our songs start debate, they’re not necessarily needing to finish them.

To answer the question in terms of how important this part of the music is to us, I think it’s important for us to be relevant. I don’t believe you have to be political to be relevant but it’s one of the ways we maybe go about it. We are believers, though, that if you have a platform you really should use it.' 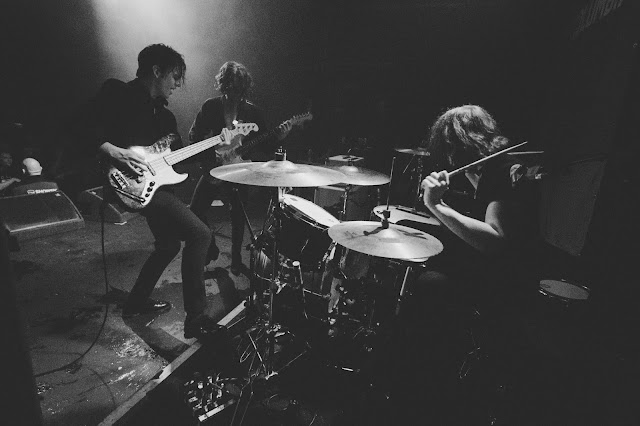 From George Orwell to Scott Pilgrim, your music has heavy influences from both literature and film. Are there any pieces of art you've been consuming recently that you're finding particularly inspiring?
'We’ve recently been reading works like Lolita and Stephen King’s Misery, as well as The Picture of Dorian Gray, which are in turn influencing some of our new songs. Murakami’s Norwegian Wood has just provided a really beautiful read, but may be less influential in terms of the music.'

At the end of this month, you'll be playing your biggest headlining shows to date. Will you be approaching these shows differently to ones played in smaller venues?
'To a degree, yes. The larger shows allow you to crank up the production and we are conscious to make the performance exactly that. We want to be able to fill these larger spaces and bring the audience with us, so we are looking at a few ways to make the show more immersive while also bridging the gap.'

Featuring alter egos, artistic visuals and magnetic displays of energy, your live performances seem to take on a life of their own. Are there any acts - either historic or current - whose stage presence you admire or are inspired by?
'Nick Cave and The Bad seeds are an act who I’ve had the joy to see multiple times now over the last few years. The way he describes the energy and his relationship with his audience is something incredibly inspiring, and indeed, the performances he delivers send shudders through your core and actually makes you re-evaluate your approach to playing live. Nick and indeed the rest of the band seem to have an aura on stage as any band should have. They’re seemingly untouchable but then there is a closeness and an intimacy which you don’t always get at large shows. Incredible.

Similarly, a few years ago now, my father took Thomas and I to see Roger Waters perform The Wall at Wembley. To see a show of that size be so powerful and captivating is something again that completely inspired us and still does to this day. He’d very much reinvented it to give it a very political edge. It was Roger Waters ranting at the world and everything that makes it evil and despicable. It was fantastic. In fact, it’s a show that we’ve been discussing a lot when we are planning the upcoming shows. If you can take a little bit of inspiration from a show like that and take it to somewhere like the Ritz then hopefully it should make a really powerful show.

We could probably give you a dissertation on this topic. We’d no doubt have to put a chapter in about Bowie, of course.' 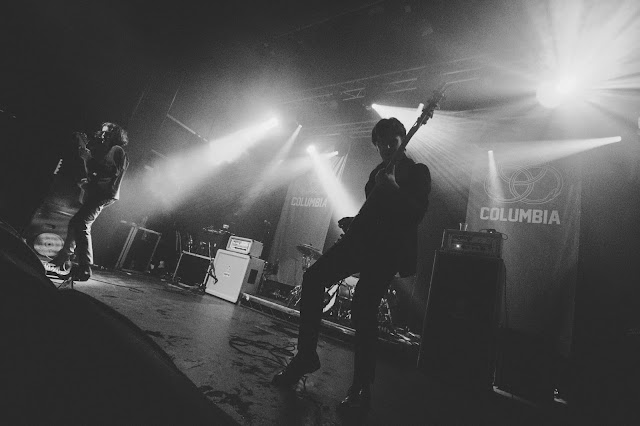 Can you name any current upcoming artists that you're excited about at the moment?
'We saw Jake of White Room last night deliver a stripped back solo set which was a real joy. They’re a band we’ve played with a lot and simply love. The Ninth Wave are coming on tour with us, we caught them at SXSW, so that’s gonna be fun. We’re also always shouting about Avalanche Party, Strange Bones and Afghan Sand Gang.

Finally, if you’ll allow us, a band called Document played their first show at our club night, Orbit. Fans of ours may recognise Max who looks after us on stage on bass. They’re excellent and have got some exciting things planned by the sounds. Maybe the roles will be reversed pretty soon.'

Do you have any memorable audience encounters from any of your live shows?
'Too many to talk about. Briefly though, we played Oxford a while ago (Matt could tell you the exact date and, towards the end of the set, a member of the audience who seemed to have had a little too much of whatever commenced to stand front and centre of the stage while sucking his thumb and simultaneously stared out Matt. We all really couldn’t hold back the laughter and it particularly ruined all our very serious stage faces. I imagine he had a headache the following morning.'

Finally, what plans and/or goals do The Blinders have for the rest of 2019?
'Once this tour is done I think we will return to writing and really start to see where the second album is going. It’s all very loose at the moment but we’re excited to see where it ends up. We’ll then hit festival season. It’s usually our favourite time of year and provides a multitude of opportunities to make fools of ourselves.'

The Blinders will be playing the following headlining shows at the end of this month:

You can get tickets for the shows here.
Click here to listen to The Blinders' latest single 'Rat In A Cage'.